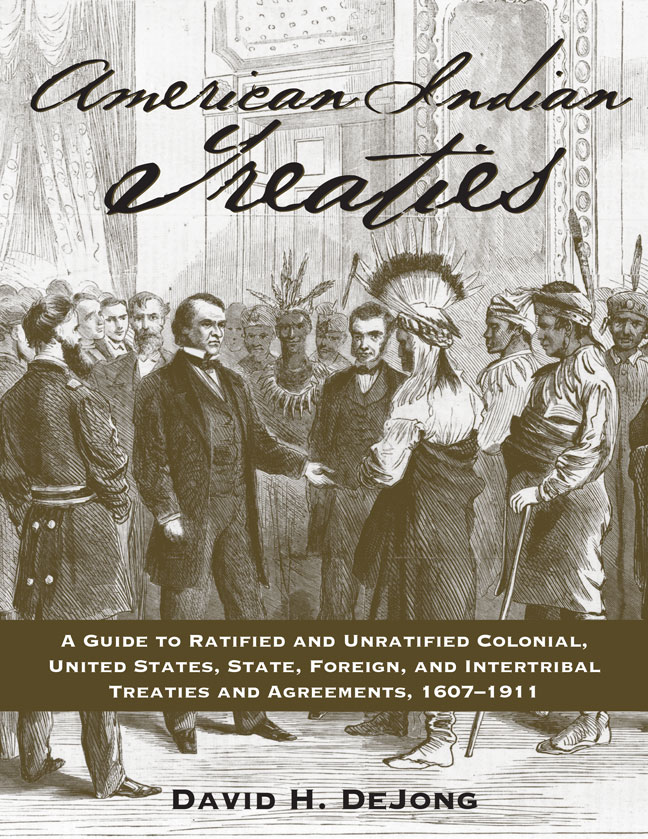 When it comes to American Indian treaties, the American polity too often forgets the realities of history. Prevailing perceptions are often not only inaccurate but also premised on outright falsehoods. Treaty-making was profoundly influenced by tribal conceptions of diplomacy. Colonial and early U.S. treaties especially were clothed in ritual, metaphor, and covenants that emphasized the sacred nature and purpose of diplomacy and represented a time when tribal nations were equal partners. To understand the nature and meaning of tribal treaties one needs to read them and recognize their sacred pledges and meaning, which are still relevant today.

This volume examines intertribal treaties and treaty-making and provides understanding of both the agreements and the diplomatic protocols in which they were enmeshed. It summarizes colonial Indian treaty discourse, intertribal treaties and diplomacy, the different eras of ratified and unratified U.S. treaties, foreign and state treaties with Indian nations, and the Indian agreements that followed the cessation of official treaty-making. It provides extensive lists of over 1,500 Indian treaties from all tribal diplomatic eras and includes dates, participants, purposes, and references.

David H. DeJong is director of the Pima-Maricopa Irrigation Project and has written extensively on the history of Gila River Indian Community water rights. His publications include Forced to Abandon Our Fields (University of Utah Press, 2011).