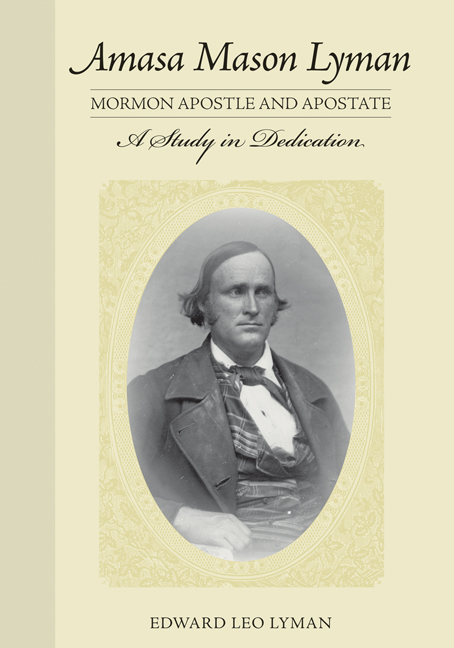 The early history of the Church of Jesus Christ of Latter-day Saints is filled with fascinating characters, but few led a more tumultuous life than Amasa Lyman. Though he has been largely forgotten, this new biography provides a unique and revealing account of the early days of Mormonism and Lyman’s role in creating that history. He served as a missionary in the “burned-over” district of upstate New York and in Ohio before moving to Kirtland, where he suffered in the infant church’s financial crisis. He participated in the conflicts with hostile Missourians and emigrated to Nauvoo, Illinois. There, he became a leader in the church and a close associate of Joseph Smith. Lyman then led a company of pioneers across Iowa to Winter Quarters and on to the Salt Lake Valley. He was sent to the California gold fields and led the colonization of San Bernardino, where he became its first mayor, before returning to Utah, and he traveled to Europe as head of the church’s European missions.
Having spent more than thirty years in the service of his church, Lyman began to move away from its teachings after a series of conflicts with its second leader, Brigham Young. Lyman was one of the first Mormons to criticize the Mountain Meadows Massacre, which led to his dismissal as an apostle. He was excommunicated in 1870 and became one of the foremost spokesmen of the Godbeite Church of Zion movement before his death in 1877. Author Edward Leo Lyman chronicles Amasa Lyman’s life and interactions with Mormon history with an honesty true to his ancestor’s freethinking spirit.
Edward Leo Lyman taught history at North High School, Victor Valley College, California Polytechnic University at Pomona, and California State University, San Bernardino. He is the author of Political Deliverance: The Mormon Quest for Utah Statehood and San Bernardino: The Rise and Fall of a California Community.
Table of Contents: